A few words about Tolo

Tolo is an old fishing village which stretches along a beautiful sandy beach on the southeast side of the Argolic gulf. Its story begins on the early 19th century when Cretan veterans of the Hellenic war of independence moved to this sheltered place after a decision of the governor of Greece Ioannis Capodistrias. Initially the place was called municipality of Minoa honoring the Cretan origin of its inhabitants who became farmers or shepherds. Later the name of the village was changed into Tolo, a name which dates back to the dates of the Venetian occupation of the area.

Soon, the wealth of the sea made the majority of the locals turn to fishing which is still one of the main occupations of the inhabitants of Tolo.

The clear blue waters, the natural beauty of its landscape, the excellent climate throughout the year and its hospitable people have since many years established Tolo as one of the most popular holiday destinations in Argolis and the Peloponnese.

On the little bay of Tolo are 2 uninhabited islands, Koronisi on the top of which there is the church of the 12 Apostles, and Romvi island which is full of important antiquities dating back from the 6th to the late 10th century A.D. On Romvi which a natural birds’ reserve there is also a small pine tree forest.

Behind Romvi Island there is another small island which is called Daskalio and on which there are ruins of medieval fortifications and the small Byzantine church of Zoodochos Pigi.

In Tolo there are many restaurants and taverns which serve a large variety of sea food and other delicacies that customers can enjoy right by the sea. On the cafes, the bars and the night clubs of Tolo visitors can enjoy their coffee or their drinks, dance and enjoy themselves listening to the music. Very often there are Greek dancing evenings with live music organized which are really popular among locals and tourists.

On the streets of Tolo you can also find shops where you can buy souvenirs and many other different products in very reasonable prices and where shopkeepers will be happy to assist you with a smile on their face. Most businesses in Tolo are still family run and owners really offer a home like hospitality.

Tolo is an ideal holiday place for both those who just wish to relax on the beach and also those wish to enjoy the natural beauty and the archeological wealth of the Peloponnese making the most of their holidays.

Its proximity to the ancient sites of Epidavros, Mycenae, Argos and Nafplion as well as the regular connection to these places via public transport buses make Tolo the perfect base for visits to monuments of archeological, cultural, religious, and natural interest.

The fans of sports and outdoor activities, have many options during their stay in Tolo. Sailing, Wind surfing, Water skiing, Kite surfing and scuba diving are available in Tolo and the surrounding area. All under the supervision of qualified and experienced instructors.

Rent a pedal boat or a small motor boat and go fishing or explore the islands of Tolo. With a mountain bike you can try the mountain routes and enjoy the spectacular views of the bay and the islands from above.

Starting from the port of Tolo you can also go to daily cruises to Spetses, Hydra, Poros and Monemvasia.

A few words about Argolis

Argolis is one of the most historical districts of Greece. The cradle of the Mycenaean civilization which was created about 1600 years before Christ, and was the most powerful kingdom in ancient Greece for about 5 centuries.

Here are some of the world’s most famous archaeological sites such as those of Mycenae, where the German archaeologist Henry Schliemann discovered with his excavations the ancient City which is mentioned in Homer’s texts.

The ancient Tiryns with its impressive Cyclopean walls, and Epidavros with the excellently preserved ancient theater where every summer performances of great ancient authors are hosted.

All this is about half an hour from the picturesque Nafplio, the historic first capital of Greece, which nowadays is a charming city with a developed tourist infrastructure and dense connectivity.

The attractions of Nafplio, monuments of different eras maintain the visitors’ interest, at first with Palamidi, famous medieval castle that overlooks the city.

Other impressive sights are the Akronafplia, built at the foot of Palamidi and also Bourtzi, a small islet - fort at the entrance of the harbor, one of the many monuments left by the Venetians during their supremacy in the Peloponnese. The old town of Nafplio with traditional, neoclassical buildings and narrow streets gives the travelers the feeling of an era of the past.

Approximately 15 kilometers from Nafplion is Argos, which is the oldest city in Europe, which has been inhabited for 7,000 years! Its main attractions include the castle citadel Larissa offering panoramic views of the Argolic plain and the impressive ancient theater, monument of the Hellenistic era. Other significant sites are the ancient Agora and the city museum. Near the old barracks is every Wednesday and Saturday an open air market where local farmers sell various agricultural products, as well as other goods.

Ancient Epidaurus (Old) is a picturesque seaside village. New Epidavros also has its own history as it is the city held the First National Assembly of the Greeks after the war of independence.

Very near this area you can visit some lesser known but equally interesting archaeological sites. Such is the pre-historic pyramid of Argolicon, Lerna, where Hercules killed the Hydra and Midea according to ancient Greek mythology. The area of Didima (about 45 minutes from Nafplio) is a place worth visiting especially for those interested in geology. The peculiarity of the area are two geological formations that have been created in the mountains and have emerged from the landslide, circular in shape which resemble huge caves. Between the two "caves" are underground passages.

The Argolis is about one and a half hour drive away from Athens. It is sheltered by the mountains from both the North and the West and that gives a slightly warmer and milder climate all year round. Through the Argolic land flow underground currents which make the plains green and fertile, filled with orange, lemon and olive trees as well as many other agricultural products.

The mountain tops of Argolis offer breathtaking views so many locals and visitors climb the mountains in order to enjoy the beauty of the Argolic landscape, because they are a paradise for nature lovers and those interested in alternative forms of tourism in the Peloponnese.

In this area there are still some small traditional villages with few inhabitants where people live in old style,stone-built houses and live off the land.

For those who seek the best places to enjoy the crystal blue sea and the sun the main beaches are, Arvanitia and Karathona in Nafplion, Mili beach, Plaka beach, Iria beach and of course the most famous of all the sandy beach of Tolo where visitors can relax and swim while enjoying the view of the 2 islands.

Porto Heli, Hermione, Asklipieio (Lygourio) the Thermisia, Kilada and Costa, are other towns with tourist traffic during the summer months.

When you visit the Argolis don’t forget to enjoy the local cuisine which offers a range of local specialties prepared with fine, locally sourced ingredients that will fully satisfy your taste. 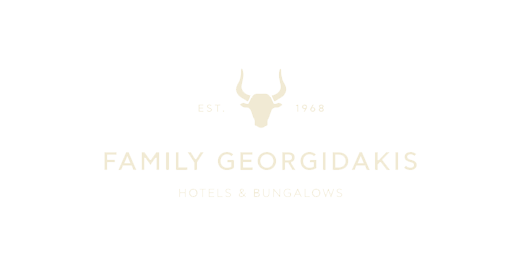